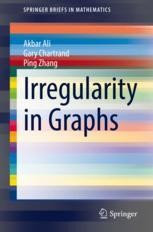 Die Theorie der regularen Graphen (The Theory of Regular Graphs), written by the Danish Mathematician Julius Petersen in 1891, is often considered the first strictly theoretical paper dealing with graphs. In the 130 years since then, regular graphs have been a common and popular area of study. While regular graphs are typically considered to be graphs whose vertices all have the same degree, a more general interpretation is that of graphs possessing some common characteristic throughout their structure.
During the past several decades, however, there has been some increased interest in investigating graphs possessing a property that is, in a sense, opposite to regularity. It is this topic with which this book deals, giving rise to a study of what might be called irregularity in graphs. Here, various irregularity concepts dealing with several topics in graph theory are described, such as degrees of vertices, graph labelings, weightings, colorings, graph structures, Eulerian and Hamiltonian properties, graph decompositions, and Ramsey-type problems.