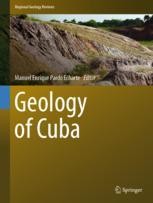 The evolution of geological cartography in Cuba in its more than 135 years of history has been possible through the consultation of numerous archival reports, publications, maps and personal interviews with different authors and geologists of vast experience. A brief critical analysis is made of the increase in the degree of geological knowledge of the country since the elaboration of the Geological Sketch of the Cuban Island at a scale of 1: 2 000 000 (Fernández de Castro, 1883), first of Cuba and of Ibero-America, until the most recent Digital Geological Map of Cuba at scale 1: 100 000 (Pérez Aragón, 2016). Cuba and its surroundings are a geological mosaic in the southeast corner of the North American plate with rocks from many different origins, from Proterozoic to Quaternary, extended along the southern border of the plate. From the Eocene, this belt has been dissected by several great faults, related to the development of some great oceanic depressions (Cayman trough and Yucatan basin). The fossil record of Cuba, which covers approximately the last 200 million years of life on Earth, is rich in very varied fossils, witnessing a wide diversity of organisms, both animals and plants, that inhabited the Antillean and Caribbean region; and that constitute the inheritance of the biological diversity that the current Cuban archipelago exhibits. As a result of the preparation of the Cuban Metallogenic Map at scale 1: 250 000, forty-one models and eight sub-models of metallic mineral deposits were identified. These models, of descriptive–genetic type, together with the analysis of their spatial distribution and their relationship with geology, allowed the identification and mapping of ten mineral systems, linked to the geodynamic environments present in the Cuban territory. Cuba has large deposits of limestone, loam, dolomite, kaolin, gypsum and anhydrite, rock salt, marbles, sands and clays of different types, zeolites, peat, therapeutic peloids and many more. There are manifestations of decorative and precious rocks such as jasper, jadeite, different varieties of quartz and even xylopals. A compilation of geochemical data of oceanic basalt samples from previous works, together with data of analyzed samples during this study in order to discuss geochemical criteria based on immobile element (proxies for fractionation indices, alkalinity, mantle ﬂow and subduction addition), provide a comprehensive ophiolite classification according to their tectonic setting. This book addresses different facets of the geological knowledge of Cuba: history of its cartography, marine geology, fossil record, stratigraphy, tectonics, classification of its ophiolites, quaternary deposits, metallogeny and minerageny.

The volume editor, Prof. Dr. Manuel E. Pardo Echarte, has more than 40 years of experience in scientific research. He graduated in Geophysical Engineering at José Antonio Echeverría Havana Technological University, Cujae, La Habana, Cuba, in 1974, and obtained a Ph.D. in Geological-Mineralogical Sciences at the same university in 1987. He is currently a Titular professor there.

He is the author of the Patent “Method of Redox Potential Measurement in Soils and Its Combined Application with Kappametry for the Purposes of Geological Prospecting” (2000) and co-author of the Protected Work Software "Sistema Redox" (2005). He  has contributed to a wide range of publications, including monographs: “Unconventional Methods for Oil & Gas Exploration in Cuba: The Redox Complex” (Springer, 2016), “Oil and Gas Exploration in Cuba: Geological-Structural Cartography using Potential Fields and Airborne Gamma Spectrometry” (Springer, 2017), “Offshore Exploration of Oil and Gas in Cuba using Digital Elevation Models (DEMs)” (Springer,2018) and "Non-seismic an Non-conventional Exploration Methods for Oil and Gas in Cuba" (Springer, 2019).