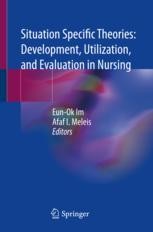 Dr. Eun-Ok Im, PhD, MPH, RN, CNS, FAAN, is Senior Associate Dean for Research and Innovation, Edith Folsom Honeycutt Endowed Chair, and Professor of Nursing at Emory University. She has gained national and international recognition as a methodologist and theorist in international cross-cultural women’s health through more than 400 papers, abstracts, and chapters (over 200 refereed journal articles) and over 300 international and national multi-disciplinary presentations. Dr. Im has been on more than 50 research review panels of the NIH, and is also a reviewer for the PCORI and the American Heart Association. Dr. Im is a senior editor of the Journal of Transcultural Nursing, is on the editorial boards of 8 journals including the Advances in Nursing Science and the Research in Nursing and Health, and is on 13 editorial review boards. Also, she has been on the National Institute of Nursing Research (NINR) Advisory Council, and she was selected as one of the 2019 NINR Director's lecturers. She has numerous national and international awards, one of which is the 2014 International Nurse Researcher Hall of Fame Award from the Sigma Theta Tau International.  Dr. Im's program of research can be described as feminist-driven Internet research on gender and ethnic differences in health/illness experience of midlife women. Dr. Im's doctoral research and post-doctoral study in 1990s mainly focused on international cross-cultural women’s health research. She integrated Internet research methodology as an area of expertise with research projects on breast cancer survivorship, cancer pain, menopausal symptoms, and physical activity as the principal investigator through a series of NIH-funded, R01 awards. Over the past 25 years, she has obtained about 17.5 million dollars of research funding through R01s (4 R01s as the PI) and other grants. Dr. Im is also well known as an originator of situation specific theories with Dr. Afaf Meleis.
Dr. Afaf Ibrahim Meleis is a Professor of Nursing and Sociology at the University of Pennsylvania, where she was the Margaret Bond Simon Dean of Nursing and Director of the School’s WHO Collaborating Center for Nursing and Midwifery Leadership from 2002 through 2014. This followed her 34-year tenure as a Professor at the University of California, San Francisco and Los Angeles.Dr. Meleis is an internationally renowned nurse scientist and medical sociologist. Over the course of 5 decades her scholarly contributions have informed generations of nurses around the world and influenced their education, practice and research programs. Her writings and research have advanced knowledge in global health, women’s health, culturally competent practice, interprofessional education and the epistemological analysis of the discipline of nursing. Much of her life’s work has been dedicated to uncovering the experiences and the voices of vulnerable women who are burdened by societal inequities, multiplicity of roles, differential compensation and rewards, and the gender divide. She used this knowledge to redefine women’s work and contributions and to develop Transitions Theory, which is used globally and is translated into policy, research and evidence-based practice.
Dr. Meleis is the author of more than 200 articles published in peer reviewed, interdisciplinary and international journals. She is also the author of 50 chapters, 7 books, and numerous monographs, proceedings and policy papers. Her books continue to be used nationally and internationally, chief among them, Transitions Theory: Middle Range and Situation Specific Theories in Research and Practice and several editions of the ground-breaking Theoretical Nursing: Development and Progress, with a 6th edition expected to be published in 2017. Her co-edited book, “Women’s Health and the World’s Cities”, innovatively examines the relationship between global urbanization and women’s health and is just one example of her far-reaching research, as it was widely disseminated through international networks, conferences and launches, which in turn inspired collaboration and change.
A reflection of the international impact of Dr. Meleis’ work is evident in her world-wide (in over 40 countries) consultations, invited keynotes and mentorship of hundreds of students, faculty, clinicians and administrators. Her leadership in the International Council on Women’s Health Issues played a central role in inspiring scholarship in women’s health and in bringing together world leaders to form partnerships to improve the lives of women. Her leadership is also evident in the many boards and committees she actively participates in, including her role as a board member of Aga Khan University and a board member of The Buck Institute for Research on Aging. She is a member of the National Academy of Medicine, where she co-chaired its Global Forum on Innovation in Health Professional Education, as well as a board member of The Josiah Macy Jr. Foundation Faculty Scholars program. She co-chaired the Harvard-Penn-Lancet Commission on Women and Health, the results of which were published in a full Lancet issue in 2015 was on Women’s and Family Health, which will provided USA Administration andCongress with a road map, the spectrum of issues that impact the health of women and families globally.
Dr. Meleis is the recipient of numerous honors and awards, as well as honorary professorships and doctorates. Among them is, a Doctorate of Medicine from Linköping University, Sweden; a Doctor Honoris Causa from the University of Alicante, Spain; the distinguished Honorary Citizenship of Oporto, Portugal and the Princes Award from Thailand. In 2015 she received the American Academy of Nursing Living Legend Award and the Sigma Theta Tau International Nell J. Watts Lifetime Achievement in Nursing Award, and she was inducted as an Honorary Fellow in the National League for Nursing’s Academy of Nursing Education. Most recently, she was admitted to Women’s Hall of Fame in Marin County, California. She received the University of California San Francisco Chancellor’s Award and was named by Carnegie Corporation as one of the great immigrants. Dr. Meleis graduated Magna Cum Laude from the University of Alexandria (1961), earned an M.S. in nursing (1964), an M.A. in sociology (1966) and a Ph.D. in medical and social psychology (1968) from the University of California, Los Angeles.