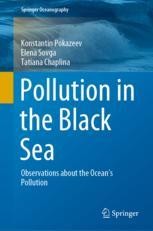 Pollution in the Black Sea

Observations about the Ocean's Pollution

This book provides information on the causes, consequences, and possible solutions to modern environmental problems associated with ocean pollution with a particular focus on the Back Sea. The oceans are a vast but fragile complex. In recent decades, it has become especially manifest when ocean pollution has reached an unparalleled situation. Meanwhile, not only the well-being of ecosystems depends on the state of ocean waters, but human civilization largely depends on the oceans as a consequence of environmental dependence.

This book examines the consequences of pollutants such as oil and hydrocarbon products (including plastics and microplastics), water acidification, sewage, wastewaters discharge into the ocean, thermal pollution, nuclear pollution, and biological pollution. Beyond the types of pollutants and their consequences, this book outlines the state of the art of the legal situation internationally regarding ocean pollution.


The authors also show the current pollution of the inland seas, taking as an example of the Black Sea (anthropogenic and natural sources of pollution, its shelf, and shallow waters as well as international legislation). A part of the book analyzes the main types of environmental monitoring of the oceans and their role in solving ocean pollution problems with a particular interest in the Black Sea.

The book is of interest to specialists in ocean pollution, ecologists, oceanologists, students, and graduate students studying oceanography, marine ecology, current methods of environmental monitoring, and legal problems related to the oceans and seas pollution, as well as to anyone interested in modern problems of the oceans.