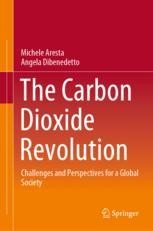 Challenges and Perspectives for a Global Society

This book focuses on carbon dioxide and its global role in our everyday life. Starting with society's dependency on energy, it demonstrates the various sources of carbon dioxide and discusses the putative effects of its accumulation in the atmosphere and its impact on the climate. It then provides an overview of how we can reduce carbon dioxide production and reviews innovative technologies and alternative energy resources. The book closes with a perspective on how carbon dioxide can be utilized reasonably and how mimicking nature can provide us with a solution.

Using simple language, this book discusses one of today's biggest challenges for the future of our planet in a way that is understandable for the general public. The authors also provide deep insights into specific issues, making the book a useful resource for researchers and students.

Michele Aresta is a Doctor in Industrial Chemistry from the University of Milan, Milan, IT, and Ph.D. h.c. in Engineering, University of Bath, Bath, UK, and Honorary Professor at the Chemical Engineering Faculty, University of Tianjin, China. He is the President of the Scientific Board of the Interuniversity Consortium on Chemical Reactivity and Catalysis, Italy; Honorary Chair of the International Conference on carbon Dioxide Utilization-ICCDU; CEO of IC2R srl; former Professor of Chemistry at the Bari "Aldo Moro"University, Bari-IT;IMM Professor at NUS-Singapore; David Parkin Professor at the University of Bath, Bath, UK; GIAN Professor at the ANNA University, Chennai-India. His scientific interests include the chemistry of small molecules (N2, H2, O2, CO, CO2, olefins) and metals in low-negative oxidation state, reaction mechanisms, catalysis, photocatalysis and utilization of biomass for the production of new bio-sourced monomers for polymeric materials. He is the author of over 350 papers in peer-reviewed international journals and 12 books on CO2 and biomass valorization and holds several patents. He was awarded several national and international awards.

Angela Dibenedetto is Professor of Inorganic Chemistry and Catalysis at the University of Bari, UNIBA (IT) - Department of Chemistry. Her scientific interests are carbon dioxide utilization in synthetic chemistry, catalysis, coordination chemistry and organometallic chemistry, green chemistry, marine biomass (algae) production by enhanced carbon dioxide fixation, marine biomass as source of fuels and chemicals applying the biorefinery concept, photocatalysis. She is Director of the Interuniversity Consortium on Chemical Reactivity and Catalysis - CIRCC, Vice Chair of the International Conference on Carbon Dioxide Utilization ICCDU since 2013 and component of the "Network of Sustainable Universities". She is the author of over 150 scientific papers published in international journals since 1995 and several book chapters. She was Invited Speaker at several international conferences. Her current h-index is 39 with over 7600 citations (Google Scholar).