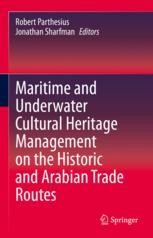 This book brings together perspectives on maritime and underwater cultural heritage (MUCH) in selected countries around the Indian Ocean rim that are linked by the historic and Arabian maritime trade routes. It explores how selected countries have adapted maritime archaeological and UCH management methodologies rooted in western contexts to their own situations. It assesses how new heritage management burdens have been placed on states by outsiders wishing to conserve their own heritage in foreign waters. It investigates what these new pressures are and asks what the future holds for the region.

Each chapter outlines the development of MUCH in the author’s home nation, provides an overview of current frameworks and activities, and looks to the future of research and management. The chapters draw conclusions regarding what has driven the process of developing individual approaches and perspectives and what the results have been. They ask if the focus is on management or research, and if the MUCH vision is focused seaward or towards the hinterland. A common thread that binds the chapters is the adaptation of western management and practice structures to contexts where the binaries such as tangible and intangible, natural and cultural, and submerged and terrestrial become blurred. It examines how states have confronted management and research challenges on sites that are validated primarily by European expansion perspectives.

Working as curator of the Amsterdam Museum and lecturer at the University of Amsterdam he developed a track record of research projects and museum exhibitions in Europe, Asia and Australia. Significant projects include the initiation of the Maritime Archaeological Unit and the excavation of the Dutch East-Indiaman Avondster in Galle, Sri Lanka (1997-2007). He curated international exhibitions on cultural exchange between Europe and Asia in the Australia, Japan, Sri Lanka and Amsterdam. In 2010 the Amsterdam University Press published his book ‘Dutch Ships in Tropical Waters’.

Jonathan Sharfman is director of the African Centre for Heritage Activities in South Africa.

In 2003, Jonathan joined the South African Heritage Resources Agency, and became manager of the Maritime and Underwater Cultural Heritage division in 2005. In 2013 he founded the African Centre for Heritage Activities, an NGO working in heritage throughout Africa. In his role as director, he has worked extensively with CIE-Centre for International Heritage Activities on projects in Mozambique, South Africa and Tanzania. Since 2013, Jonathan has been working with Iziko Museums of South Africa, the George Washington University, the Smithsonian National Museum of African American History and Culture and the National Parks Service on the Slave Wrecks Project, a multinational project researching the trans-Atlantic Slave Trade. This work has taken him to the United States, Mozambique, and Senegal. He was a postdoctoral research associate at New York University Abu Dhabi between 2017 and 2019. In 2017 the Leiden University Press published his book ’Toubled Waters: Developing a new approach to maritime and underwater cultural heritage in sub-Saharan Africa’.