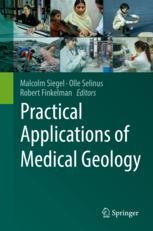 Dr. Malcolm Siegel is a specialist in the geochemistry, treatment and public health assessment of water resources.  In addition to being owner of LJS, Consulting, he is currently an Adjunct Faculty member of the School of Medicine at the University of New Mexico in Albuquerque, NM.  During a 30-year career at Sandia National Laboratories (1981-2011), he led research teams involved in studies of environmental geochemistry, groundwater remediation, and drinking water treatment. This work supported the Waste Isolation Pilot Plant Site (WIPP), the Yucca Mountain Project, the DOE Innovative Treatment and Remediation Demonstration program, and projects dealing with uranium mining and treatment of groundwaters with high radionuclide and arsenic levels in rural New Mexico. He is the author of over 60 scientific reports, book chapters and peer-reviewed articles.  He received a BA in Chemistry from Columbia University, a Ph.D. in Geological Sciences/Geochemistry fromHarvard University, and a Masters in Public Health/Epidemiology from the University of New Mexico.   He has served as an officer of the Geology and Health Scientific Division of the Geological Society of America since 2017 and serves as Chair of Division from 2019 to 2021. He has been active in promoting environmental science education in the US and in the Middle East, serving as President of the Volunteers Association of the NM Museum of Natural History and Executive Director of the Water Resources Action Project, Inc.

Dr. Olle Selinusis a Ph.D. geologist working with theGeological Survey of Sweden (SGU) and after retirement guest professor at the Linneaus University, Kalmar, Sweden.  During the 1960s and 1970s he worked in mineral exploration and since the beginning of the 1980s his research work has been focused on environmental geochemistry, including research on medical geology.  He has served as the organizer of several international conferences in this field, was vice president for the International Geological Congress in Oslo in 2008 and has published over 100 papers.  Dr. Selinus was in charge of external research and development at SGU. 1996 he started the concept of Medical Geology and was 2006 cofounder and after that president of the International Medical Geology Association, IMGA. He was Editor-in-Chief for the book on “Essentials of Medical Geology”,. He has received several international awards and has been appointed Geologist of the Year in Sweden because of Medical Geology. He was also chairing the ”Earth and Health” team of the International Year of Planet Earth 2008-2009 by UN General Assembly. He has also been chief editor for several other books on medical geology.

Dr. Robert B. Finkelman, is currently a Research Professor in the Dept. of Geosciences at the University of Texas at Dallas,  an Adjunct Professor at the China University of Geosciences, Beijing and a Distinguished Visiting Professor at the China University of Mining and Technology. He has degrees in geology, geochemistry, and chemistry, and has a diverse professional background having worked for the federal government (USGS) and private industry (Exxon), and has formed a consulting company (Environmental and Coal Associates). For the past  25 years he has devoted his efforts to developing the field of Medical Geology. Dr. Finkelman is the author of  850 publications and has served as Chairman of the Geological Society of America’s Coal Geology Division; Chair of the International Association for Cosmochemistry and Geochemistry, Working Group on Geochemistry and Health; founding member and past Chair of the International Medical Geology Association; President of the Society for Organic Petrology; member of the American Registry of Pathology Board of Scientific Directors and is Past-Chair of the GSA’s Geology and Health Division. Currently he is a Board Member of the U.S. Section of the Society for Environmental Geochemistry and Health.
Show all