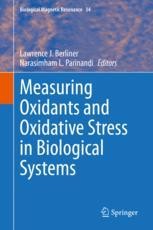 Lawrence J. Berliner received his B.S. in chemistry at U.C.L.A., then gained his Ph.D. in (bio)physical chemistry as one of the first Stanford University graduate students under H. M. McConnell. This era signalled the beginning of the spin labelling technique, where He was involved from the beginning to the current day. He was then recognized as the first British-American Heart Postdoctoral Fellowship sponsored jointly by the American Heart Association and British Heart Fund in 1967 to work in protein crystallography at the Laboratory of Molecular Biophysics at Oxford University under the tutelage of Sir David Phillips. He joined The Ohio State University in 1969 as Assistant Professor of Chemistry. He was promoted to Full Professor in 1981 and then became Emeritus Professor in 2001, following a move to become Chair of the Department of Chemistry and Biochemistry at the University of Denver, where he was an adjunct member of the University of Colorado Toxicology Graduate Program in the School of Pharmacy. He is a biophysical chemist with interests in magnetic resonance studies of proteins and enzymes, in-vivo MR studies and free radical chemistry. He is well known in the EPR field for his contributions to spin labelling for over five decades, in addition for his edited book, “Spin Labelling: Theory and Applications” (Academic Press, 1976). The ‘series’ has resulted in four volumes, with a fifth planned. The first 1976 tattered volume remains today on many lab bookshelves around the world, with the Russian translation ‘selling’ more volumes than the English version. He conceived the series “Biological Magnetic Resonance” in 1979 with NMR pioneer Jacques Reuben, which is now in its 30th volume, and He now coordinates new volumes with guest co-editors. His work has covered proteolytic enzymes, including key coagulation proteins involved in thrombosis, protein-protein interactions in lactation and other key biological processes, in-vivo EPR on small animals and studies of free radical processes in mammalian system some accomplishments that He is best known for are his collaborative work with Kalman Hideg in developing the MTSL spin label, and first demonstrating in vivo EPR imaging on a plant species and small animals. He was recognized with the 2000 IES Silver Medal in Biology and Medicine. He takes great pride in being inducted as a charter member of the IES as well as the Society of Magnetic Resonance in Medicine. He has received numerous honors and awards, including fellow of the American Association Advancement of Science.  He was further recognized, after his move to Denver, with the Lifetime Achievement Award in Biological EPR Spectroscopy at EPR 2005 in Columbus, Ohio, and as the only Fellow of the American Chemical Society at the University of Denver. In 2016 he was the Rudi Lembergh Traveling Fellow of the Australian Academy of Science. He was nominated as Fellow of the International EPR (ESR Society for 2019.  His other activities, particularly in the American Chemical Society, involve educating and interacting with U.S.  legislators about the importance of funding basic scientific research and training.  His goal, after stepping down as Chair in late 2008, was learning and pursuing new biological EPR and biophysical problems. Hence, his most recent sabbatical was spent as the Joseph Meyerhoff Visiting Professorship at the Department of Chemical Physics, Weizmann Institute of Science, and International Visiting Research Scientist at the University of Western Sydney.  His other professional responsibility is as Editor in Chief of two Springer-Nature Journals, Cell Biochemistry and Biophysics and The Protein Journal. He spends a great deal of his time mentoring young scientists on career decisions and aspirations. For those who know him personally, he is someone who sees the world in a bigger perspective.  While he had more than once concluded that spin labelling had run its course and had reached a dead-end, yet he admits that spin labelling continues to flourish and has probably met a renaissance in the 2000s with site directed spin labelling approaches and the many new techniques that colleagues in high field EPR have developed. He summarized his perspective of the History of Spin Labelling and In-Vivo EPR in a festschrift issue of the European Biophysics Journal (2010) and Biomedical Spectroscopy and Imaging (2016).

Narasimham L. Parinandi (pAri) is an Associate Professor in Department of Internal Medicine, The Ohio State University College of Medicine. Parinandi received his B.Sc. (Hons) in botany with chemistry, zoology, English and M.Sc. in Botany with Environmental Biology in Berhampur University, India in 1975-77. From 1977-80, he was a research fellow in Environmental Sciences at the Andhra University, India. He earned his Ph.D. (1986) at the University of Toledo, Toledo, OH in Biology & Toxicology under the tutelage of Prof. Woon H. Jyung, an established zinc metabolism expert and aging biologist. During his graduate training at Toledo, he was exposed to the field of lipids by Prof. Max Funk, an expert lipoxygenase enzymologist from the lineage of Prof. Ned Porter. He did his post-doctoral fellowship (1986-90) at the Hormel Institute, University of Minnesota, the premier lipid institute in USA where he was trained with Prof. Harald Schmid, a celebrity in the area of ether lipids and a pioneer in anandamide chemistry. At the Hormel Institute of the University of Minnesota, Parinandi was associated with Prof. Ralph T. Holman (Member of the National Academy of Sciences and Pioneer in Fatty Acid and Lipoxygenase Biochemistry who also coined the name “Omega-3 Fatty Acid”) and conducted studies on omega-3 fatty acid dynamics in humans (the Keralites with Prof. T. Rama Sarma of the Indian Institute of Sciences). Parinandi also was an editor at the American Chemical Society’s Chemical Abstracts Service in the Department of Biochemistry. He was also a research scientist/junior faculty at the Johns Hopkins University School of Medicine (1998-2002) under the mentorship of Prof. V. Natarajan, renowned lipid signalling expert and Prof. Joe G.N. (Skip) Garcia, a celebrated lung vascular biologist. Since his tenure at the Johns Hopkins University School of Medicine, Parinandi has been trained in Oxygen Biochemistry and Analysis and Electron Paramagnetic Resonance (EPR) Spectroscopy by Prof. Periannan Kuppusamy, a celebrity in EPR Imaging and Oxygen bioanalysis and ever since both have been working together on oxygen and radical biology. Parinandi has published nearly 125 peer-reviewed original scientific papers, reviews, and book chapters, and edited books on Free Radicals and Antioxidant Protocols with Prof. William Pryor, the legendary Free Radical and Lipid Peroxidation Scientist and Mitochondria in Lung Health and Disease with Prof. Natarajan, a lipid signalling celebrity. Parinandi collaborated and published original research papers with the Nobel Laureate, Prof. Louis Ignarro on the pharmacology of NO donor drug. Currently, Parinandi is editing a Springer book on the Methods of Determination of Oxidative Stress with Prof. Lawrence Berliner of Denver University, a legendary scientist of Biological EPR Spectroscopy and Imaging. Parinandi has given more than 50 invited scientific lectures at the national level in the US and international institutions and conferences. He has also conducted and chaired several scientific conferences and symposia in the areas of oxidative stress and lipidology. He has teaching and mentoring experience of more than 35 years and mentored over 75 students, technicians, fellows, and junior faculty in his laboratory. He served as an editor of Toxicology and Biochemistry sections of the Chemical Abstracts of the American Chemical Society from 1990-98. He has been a reviewer of nearly 70 peer-reviewed journals in the area of biochemistry, molecular biology, cell biology and Lipidomics. Parinandi has been on the editorial board of the Molecular Biology Reports (Springer), Frontiers of Pharmacology (Review Editor for Translational Pharmacology), World Journal of GI Pharmacology, Vessel Plus, Cell Biophysics and Biochemistry (Associate Editor), and The Protein Journal. He has also received extramural funding from the National Institutes of Health (NIH), Department of Defense (DOD), American Thoracic Society (ATS), and International Academy of Oral Medicine and Toxicology (IAOMT) as a principal investigator (PI) and co-investigator (Co-I). Parinandi also serves as a reviewer of grant proposals of the NIH, AHA, DOD, US Universities, Government of Israel, Government of Austria, and Government of South Africa. Parinandi has received awards including the Gold Medal for securing the highest GPA in the M.S. class of 1975-77 of the Berhampur University, India, the Outstanding Teaching Assistant Award of the Biology Department of the University of Toledo in 1986, Distinguished Mentor Award of the Davis Heart & Lung Research Institute of the Ohio State University College of Medicine and the Wexner Medical Center in 2008, and the Distinguished Undergraduate Mentor Award of the Ohio State Undergraduate Research Program in 2009.