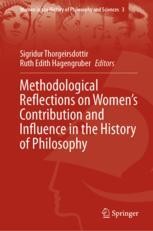 Sigridur Thorgeirsdottir is a Professor of Philosophy at the University of Iceland. She was Erkko Professor at the Helsinki Collegium for Advanced Studies in 2014-2015 and is currently the principal investigator of the research projects “Feminist Philosophy Transforming Philosophy” and “Embodied Critical Thinking.” She studied Philosophy in Boston and Berlin and has published books on Nietzsche, feminist philosophy, Arendt and Beauvoir, philosophy of the body and nature, as well as on women in the history of philosophy. Thorgeirsdottir is Chair of the Committee on Gender Issues of FISP, the International Federation of Philosophical Societies that sponsors the World Congress of Philosophy. She is also one of the founders of the United Nations University Gender and Equality Studies and Training Programme. Her recent publications include Nietzsche als Kritiker and Denker der Transformation, with coeditor Helmut Heit, Berlin 2016, and Calendar of Women Philosophers (2018, World Congress of Philosophy).    Ruth Hagengruber is a Professor of Philosophy, with special focus on economics and information science and Chair of the Department of Philosophy at Paderborn University, Germany. In 2006, she founded the teaching and research area History of Women Philosophers & Scientists and is Director of the Center History of Women Philosophers & Scientists, founded in 2016. In 2012, she delivered a lecture series at Paderborn University dedicated to the History of Women Philosophers, which is available on YouTube. Ruth Hagengruber also writes on philosophy of technology and economics. She is an honorary member of the International Association for Computing and Philosophy (I-ACAP) and member of the advisory board of the Munich Center for Technology in Society at the TU München. She is head of the German Society of Philosophy working group on research in the history of women philosophers. Her publications include German translations of works by Anne Conway, Emilie Du Châtelet, Marie de Gournay, Olympe de Gouges, Mary Wollstonecraft, and Margret Cavendish in Klassische philosophische Texte von Frauen (1998) and Von Diana zu Minerva (2010), as well as Emilie Du Châtelet und die deutsche Aufklärung, with Hartmut Hecht (2019), Émilie Du Châtelet between Leibniz and Newton (2011), History of Women's Ideas, coedited with Karen Green (The Monist, 2015) and Sebastian Luft, Women in Early Phenomenology on Social Ontology, with Edith Stein, Gerda Walter and Hedwig Conrad Martius (2018). Together with Mary Ellen Waithe, she is Editor-in-Chief of the Springer Series Women in the History of Philosophy and Science.