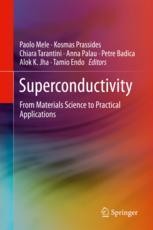 From Materials Science to Practical Applications

Paolo Mele is currently Professor at SIT Research laboratories, Shibaura Institute of Technology, Tokyo, Japan.. He obtained a Master degree in Chemistry and Ph.D. in Chemical Sciences at Genova University (Italy). In 2003 he moved to ISTEC-SRL in Tokyo to study melt-textured ceramic superconductors. Then he worked as postdoc at Kyoto University (JSPS fellowship) from 2004 to 2007, at Kyushu Institute of Technology (JST fellowship) from 2007 to 2011, at Hiroshima University (as lecturer) from 2011 to 2014 and at Muroran Institute of Technology (as associate professor) from 2015 to 2018 before reaching his current position. His research interests include materials for energy and sustainable development (superconductors and thermoelectrics); fabrication and characterization of thin films of oxides, ceramics and metals; study of the effect of nanostructuration on the physical properties; thermal transport; and vortex matter. He is the author of more than 100 papers in international scientific journals and four book chapters, and has two patents and has contributed to hundreds of communications at international conferences. He edited three books for Springer.

Kosmas Prassides was born in Kavala, Greece and read Chemistry at Oxford University where he also completed his doctoral research on inorganic mixed valency compounds under the supervision of Professor P. Day FRS. He was then the Drapers' Research Fellow at St. Anne's College, Oxford, working closely with Professor P. N. Schatz (University of Virginia) on the development of the PKS theoretical model for mixed valency systems. Following a spell as Assistant Professor of Chemistry at the University of Crete, Greece, he returned in 1989 to the UK at the University of Sussex where he remained until 2004 and he was successively Lecturer, Reader and Professor of Solid State Chemistry. In 2005, he took up a Chair in Materials Chemistry at the Department of Chemistry, Durham University. In October 2014, he relocated to Japan as a Professor at Tohoku University and Principal Investigator at the Advanced Institute for Materials Research (WPI-AIMR). In October 2018, he accepted a Chair in Materials Science at the Graduate School of Engineering, Osaka Prefecture University. His research interests are multi-disciplinary and encompass a range of structural, magnetic and electronic problems in modern materials, straddling the areas of condensed matter physics and chemistry. His primary focus is currently on the study of strongly correlated electron systems, which typically display remarkable electronic properties that challenge existing theory for satisfactory explanations. The delicate balance between localised and itinerant behaviour related to the strongly correlated nature of the systems and the metallic, insulating and superconducting states lie at the heart of his ongoing research. He has been using core chemical approaches to access unusual structures and electronic, conducting and magnetic ground states and probe the physics in key materials, especially metal fulleride solids. He has advanced the understanding of molecular superconductivity and magnetism and the generic problem of the metal-Mott insulator transition, unveiling the fullerides as model members of the high-Tc superconductivity family, potentially holding the key to the understanding of the pre-requisites for high-Tc superconductivity when electron correlation is important.

Chiara Tarantini is a staff research faculty member of the Applied Superconductivity Center at the National High Magnetic Field Laboratory, Florida State University in Tallahassee, Florida, USA. She was trained as a condensed matter physicist at the University of Genoa, Italy, and obtained her PhD in 2007. Her research activities have been focused on the investigation of numerous superconducting materials, such as MgB2, Nb3Sn and other A15 phases, Fe-based superconductors and YBa2Cu3O7-. Her interests span from fundamental aspects, like multiband and unconventional superconductivity, to properties of interest for applications, like vortex pinning optimization, uniformity of superconducting samples, increase of the upper critical field and irreversibility field, enhancement of the critical current density. She was awarded with the 2014 Lee Osheroff Richardson Science Prize for research in physical science.

Anna Palau is currently a Tenured Scientific at the Institute of Materials Science, ICMAB-CSIC, Barcelona, Catalonia, Spain. She received a B.S in Physics (1999), B.S in Materials Science (2000), Ph.D in Materials Science (2005) at Barcelona and performed a postdoctoral stay (2005-2007) at University of Cambridge (U.K).  Her scientific interest includes functional properties of oxides with focus on superconducting and magnetic materials. Her main current research activity is devoted to study the outstanding physical properties of functional oxides and vortex matter physics, with strong effort in the opportunities that nanotechnology can bring to high temperature superconductors.  She has co-authored more than 80 peer-reviewed scientific papers, 3 Book chapters and holds 3 licensed patents. She has delivered more than 30 Invited Talks in international Workshops and Conferences and participated in more than 25 national and international projects. She is actually Master Lecturer on Advanced Nanoscience and Nanotechnology at UAB (Barcelona), Member of the Editorial Board of Scientific Reports, Technical Editor of IEEE Trans. on Appl. Supercond. Researcher ID: C-2947-2014

Badica Petre is a Senior Scientist 1st degree (Res. Prof.) at National Institute for Materials Physics, Magurele, Romania. He graduated MSc in 1992 from University Politehnica Bucharest and was awarded a PhD in Engineering Sciences from National Technical University of Ukraine, ‘Kiev Polytechnical Institute’ in 1996. His interest is in technology of different materials by traditional and unconventional methods, and in their applied physics.  He published more than 210 articles. He is a former JSPS-STA, NIMS, NEDO, MANA, Alexander von Humboldt fellow and Visiting Prof. of Nanyang Technological University, Singapore and Tohoku University, Japan.

After completing his Ph. D. in the year 2012, he moved to Kyushu Institute of Technology for post-doctoral assignment in Prof. Kaname Matsumoto’s research group and has been there ever since. During his post-doctoral tenure, he studied the vortex pinning properties of YBCO thin films incorporating different kinds of artificial pinning centers. His current focus is on using hybrid artificial pinning centers to control and improve the angular variation of critical current density in YBCO thin films. He has written several articles in journals of repute and has given many talks on this issue in several international conferences.

Tamio Endo holds Ph.D. (Kyoto University, Japan) and MsD (Gifu University, Japan) degrees. He is Emeritus Professor at Mie University (Japan), Gifu University Special Researcher (Japan), Honorary Professor of Southwest Jiaotong University (China), Visiting Researcher at University of California.- San Diego 1995 (USA). He is currently Special Adviser – Japan Advanced Chemicals, Atsugi, (Japan) after Gifu University Special Researcher (Japan).. His research interests include oxide thin films, heterostructures, plasma effects and bonding of polymer films. He has been part of many international academic projects such as Japan-India Cooperative Science Program by JSPS. He has been organizer and plenary speaker of many of international conferences and has given many foreign university guest talks and a Representative of Research Society in MRS-Japan. He is working on International Comprehension and World Peace as a Representative of .