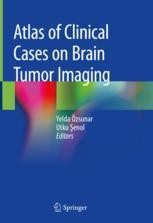 This book presents and analyzes clinical cases of brain tumors and follows the classification provided by the WHO in 2016. After introductory chapters reviewing the international literature on the topic, the advances made in all imaging modalities (especially Magnetic Resonance and Computed Tomography) are examined.All radiological findings are supplemented with a wealth of images and brief explanations. The clinical information is given as part of the case discussion, as are the characteristics and differential diagnosis of the tumors. Radiologic-pathologic correlations round out the description of each clinical case.Intended as a quick and illustrative reference guide for radiology residents and medical students, this atlas represents the most up-to-date, practice-oriented reference book in the field of Brain Tumor Imaging.

Yelda Özsunar has been a Professor of Radiology at Adnan Menderes University School of Medicine since 2008. She graduated from Gazi University School of Medicine, Ankara, in 1992 and completed her radiology residency at the same university in 1998. During her radiology education, she studied at the University of Copenhagen,  and after taking her specialty, she worked at Yale University’s Functional MR Imaging unit, New Haven and  at Massachusettes General Hospital Neuroradiology Department  Harvard Medical School, USA, as research fellow between 1999-2001. She is a European Board Certified Neuroradiologist and  published over 75 international peer-reviewed articles and book chapters and has over 1500 international citations. She authored a popular science book called ‘Universal Symphony’ about electromagnetic spectrum and neuroscience.

“This up-to-date handbook on neuro-oncological radiology was published in April of this year and is an excellent read – I highly recommend it. ... The editors themselves say this book is ‘intended as a quick and illustrative reference guide for radiology residents and medical students’ and this is a good description. … It is also likely to appeal to neurologists and neurosurgeons who may want to improve their understanding of the value of neuroradiology in the context of brain tumours.” (Samantha Mills, RAD Magazine, December, 2020)