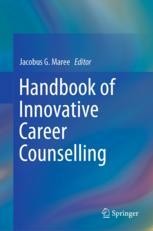 This book examines a topic widely regarded as the most pressing in career counselling today, i.e., how to ensure that everyone receives career counselling and that all workers have the opportunity to engage in sustainable, decent work. The author holds that career counselling should not only advance workers’ self- and career construction, helping them design successful career-lives and make social contributions, and live purposeful lives – it should also expound new theoretical approaches and interventions. Furthermore, the book criticizes global society for overlooking the basic needs of many workers, especially the most vulnerable and disadvantaged. An important feature of the book is its emphasis on promoting a creative and innovative approach to career counselling so as to better answer contemporary career-related questions. It offers guidance on how to advance entrepreneurship and help workers develop critical thinking, curiosity, creativity, collaboration, and communication skills. In this way the book promotes innovation in career counselling and maps the way forward in a theoretical and practical manner that helps clients ‘flourish’ rather than merely ‘survive’ in turbulent times impacted by the fourth wave in psychology, career counselling, the economy, as well as the 4th industrial revolution (Work 4.0).

Past editor of a number of scholarly journals, for instance, the South African Journal of Psychology, current editor of the African Journal of Career Development, managing editor of Gifted Education International, regional editor for Southern Africa: Early Child Development and Care, and a member of several national and international bodies, including the Society for Vocational Psychology (SVP) (USA), the International Association of Applied Psychology (IAAP) (USA), the Psychology Association of South Africa (SA), and the Association of Science of South Africa (ASSAf). In 2009, he was awarded the Stals Prize of the South African Academy of Science and Arts for exceptional research and contributions to Psychology. In June 2014, he was awarded the Stals prize for exceptional research and contributions to Education, and he received the Psychological Society of South Africa’s (PsySSA) Award for Excellence in Science in 2014. Prof. Maree was also awarded Honorary Membership of the Golden Key International Honour Society for exceptional academic achievements, leadership skills and community involvement in 2014 and the Chancellor’s Medal for Teaching and Learning from the University of Pretoria in 2010. He has been nominated successfully as an Exceptional Academic Achiever on four consecutive occasions.

Prof. Maree has authored or co­authored 110+ peer-reviewed articles and 55 books/ book chapters on career counselling, research and related topics since 2009. In the same period, he supervised 38 doctoral theses and Master’s dissertations and read keynote papers at 25+ international and at 22+ national conferences. He has also presented numerous invited workshops at conferences across the world on a) integrating qualitative and quantitative approaches in career counselling, and b) the art and science of writing scholarly articles. Over the past nine years, he has spent a lot of time abroad. For instance, he accepted invitations to spend time as a visiting professor at various universities where he presented workshops on e.g. contemporary developments in career counselling, article writing, and research methodology. Prof. Maree was awarded a fellowship of the IAAP at the ICAP Conference in 2014. In September 2017, he was awarded PsySSA’s Fellow Award (Lifetime Award in recognition of a person who has made exceptional contributions to Psychology in her/his life) at the PAPU Congress in Durban, South Africa.