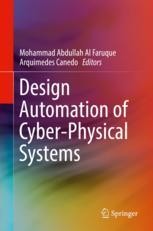 Mohammad Al Faruque is currently with the University Of California Irvine (UCI), where he is an associate professor (with tenure) and directing the Cyber-Physical Systems Lab.

Prof. Al Faruque is the recipient of the IEEE Technical Committee on Cyber-Physical Systems Early-Career Award 2018 and the IEEE CEDA Ernest S. Kuh Early Career Award 2016. He is also the recipient of the UCI Academic Senate Distinguished Early-Career Faculty Award for Research 2017 and the School of Engineering Early-Career Faculty Award for Research 2017. He served as an Emulex Career Development Chair during October 2012 till July 2015. Before, he was with Siemens Corporate Research and Technology in Princeton, NJ. His current research is focused on system-level design of embedded systems and Cyber-Physical-Systems (CPS) with special interest on model-based design, multi-core systems, CPS security, etc.