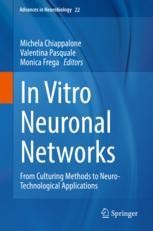 From Culturing Methods to Neuro-Technological Applications

This book provides a comprehensive overview of the incredible advances achieved in the study of in vitro neuronal networks for use in basic and applied research. These cultures of dissociated neurons offer a perfect trade-off between complex experimental models and theoretical modeling approaches giving new opportunities for experimental design but also providing new challenges in data management and interpretation. Topics include culturing methodologies, neuroengineering techniques, stem cell derived neuronal networks, techniques for measuring network activity, and recent improvements in large-scale data analysis. The book ends with a series of case studies examining potential applications of these technologies.

Michela Chiappalone research interests are in the field of Neuroengineering. She obtained a PhD in Electronic Engineering and Computer Science from University of Genova (Italy) in 2003. In 2002 she has been visiting scholar at the Department of Physiology, Northwestern University (Chicago, IL, USA). After a Post Doc at the University of Genova, in 2007 she joined the Neuroscience and Brain Technologies Dept at the Istituto Italiano di Tecnologia (IIT) as a Post Doc. In 2013 she got a group leader position (‘Researcher’) in the same Institution. In 2015 she has been visiting Professor at KUMED (Kansas City, KS, USA), hosted by Prof. R.J. Nudo.

From 2012 to 2015 M. Chiappalone has been Coordinator of the FET Open European Project BrainBow, judged excellent. In 2017, M. Chiappalone joined the Rehab Technologies IIT-INAIL Joint Lab of IIT to lead a group aimed at interfacing robotic devices with the nervous system for applications in neuroprosthetics, neuromodulation and neurorehabilitation. In 2018 she got the national scientific habilitation as Full Professor of Bioengineering.

Valentina Pasquale got the PhD in "Humanoid Technologies" from the University of Genova and Istituto Italiano di Tecnologia in 2010. During PhD, she focused on developing analysis tools to characterize the spontaneous and evoked activity of cortical and hippocampal networks cultured on micro-electrode arrays, seen as a reduced biological model for the generation of coordinated neuronal activity. During post-doc she was involved in neuro-robotics and neuro-prosthetics studies, aimed at understanding how to interface artificial devices (as a small robot or a simulated neural network) and neuronal systems, with the final goal of advancing the design of future brain-machine interfaces and brain prostheses. Currently, she has been working as senior post-doc in Dr. Tommaso Fellin's lab (Optical Approches to Brain Function). Her interests include in vivo studies combining optogenetics and electrophysiology for a deeper understanding of inhibitory interneurons' contribution to the generation and control of sleep waves. She is also involved in the design and development of technological tools for patterned optical stimulation through light phase modulation.

Monica Frega received her PhD in Bioengineering from the University of Genova in 2014. During her PhD, she developed a novel 3D neuronal model and she demonstrated the possibility of coupling cultured 3D-networks to micro-electrode arrays devices and functionally monitoring their electrophysiological activity. Her thesis “Neuronal network dynamics in 2D and 3D in vitro neuro-engineered systems”, carried out under the supervision of prof. dr. Sergio Martinoia, was judged ‘excellent’ by the PhD committee and recognized as ‘outstanding PhD research’ from Springer.

Between 2014 and 2018, she worked as a postdoctoral researcher in the group of prof. dr. Nael Nadif Kasri at RadboudUmc (Nijmegen, the Netherlands), where she applied her expertise in bioengineering to state-of-the-art stem cell biology to study neurodevelopmental disorders. While her academic path and PhD allowed her to develop engineering and technical capabilities, during the Post Doc she acquired expertise in stem cell biology. Through these working experiences, Monica Frega became a truly interdisciplinary researcher.

In 2018, Monica Frega started her job at the University of Twente as Assistant Professor in the Clinical Neurophysiology group. Her research mainly focuses on neurological disorders, with the aim to bridge the gap between research and clinic. She makes use of human in vitro models (neuronal cells derived from human induced pluripotent stem cell from healthy subject and patients grown on micro-electrode arrays) in combination with EEG data recordings from patients to study basic physiological processes involved in neurological disorders.