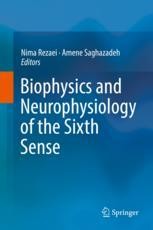 Biophysics and Neurophysiology of the Sixth Sense

Multiple senses, like multiple intelligences, are a key to brain variability and therefore human evolution. Besides the traditional five senses (vision, olfaction, gustation, audition, and somatosensory), humans can also perceive the body’s own position (the sense of proprioception) and movement (the vestibular sense). Interoception is the feeling one has about the internal physiological conditions of the entire body. Additionally there is a sense of intuition, also known as the sixth sense. Despite their best efforts, researchers are still unable to concur in specifying the nature of the sixth sense; some consider the sense of proprioception as the sixth sense, whereas others prefer to consider that as a part of interoception. This book will provide a scientific system for the human sixth sense using relevant biophysical and neurophysiological evidence.

The power of “sixth sense” seems to be underestimated, due to difficulties in defining the concept clearly. According to socioeconomics and neural physics, the sixth sense is that which permits humans to create perception or to enhance the quality of their perception of events. Roughly speaking, the sixth sense engages a metacognitive process through which prior knowledge and the information received from other sensory modalities are synergized. It is not restricted to specific arrow of time and type of mind or to the observer’s body, but it considers all arrows of time (past, present, future), types of mind (conscious and unconscious), and physical bodies (self and other). However it is expected that the observer has specific biases towards what happens now or would happen in the future and its relation to himself. Particularly, humans appeal to the sixth sense on the road to achieving success in social competitions and to reduce uncertainty in complex decision making processes. In addition to evidence linking genetic components to the sixth sense submodalities, there have been developed strategies for increasing the quality of perceptions provided by the sixth sense. Meditation, through which individuals try to be detached from the world, increases gamma-band activity and that increased gamma-band activity is found following top-down processing. Therefore it can be inferred that the detachment from the environment may enhance synchronization of the wave functions in favor of strengthening the sixth sense. It can serve as the mechanism of enhancement of the sixth sense in those whose sensory systems are intact, it can also serve as the mechanism of compensation in those who have sensory deficiencies. In the latter case, it in fact encourages creativity in the use of relatively strong senses. This justifies Beethoven's deafness and his great musical creativity or Bramblitt's blindness and his enormous capability to paint and many other similar examples.

In summary, the present book is divided into five parts. Part 1 (chapters 1-6) provides information about the system of proprioception and its neurophysiology and biophysics. Part 2 (chapters 7-10) examines the system of interoception. The information provided in these two parts would enable us to move towards the next three parts of the story, aimed at developing a scientific system of the sixth sense. The first chapter of part 3 begins with concepts and uses them to arrive at reasonable conclusion that there must be a sense that requires multistep information processing and that is separate from the sense of proprioception and the sense of interoception. Such sense is commonly known as the sixth sense. However it should be re-numbered because the sense of proprioception is already known as the sixth sense. The second chapter of this part is to draw neurocircuitry that innervates the sixth sense in the mind of a man, while the third chapter would address the questions whether the sixth sense system requires an optimal competence or consciousness of mind to function properly and if so which is the optimal state: conscious or unconscious and competence or incompetence. In the fourth chapter of this part, we will focus on the self-other mergence as a pivotal step of the sixth sense system. The next chapter would be of great interest to neurobiologists. It talks about that the human sixth sense of the unseen world, either the unseen arrow of time or the unseen events, requires creativity and therefore the human sixth sense should be considered a source of creativity, variability and thus evolution. In the sixth chapter, the sixth sense is viewed as an economic activity stimulated by social environments. This chapter arisen from the fact that humans are full of enthusiasm to heighten their sixth sense and its accuracy and that they owe their enthusiasm largely to achieving the best possible profit and in other words to wining intense competitions in their life holds mainly on the concept of elasticity. Finally this part is finished by an amazing discussion on the art of the sixth sense.

Nima Rezaei is distinguished associate professor of clinical immunology and allergy at Tehran University of Medical Sciences, Associate Dean of International Affairs in the School of Medicine and the Director of Global Academic Program (GAP). He is the founder and current president of the Universal Scientific Education and Research Network (USERN)