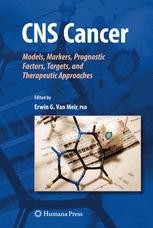 Cancers of the central nervous system are among the most lethal of human neoplasms. They are recalcitrant to even intensive multimodality therapies that include surgery, radiotherapy and chemotherapy. Moreover, especially in children, the consequences of these therapies can itself be devastating and involve serious cognitive and developmental disorders. It is small wonder that such cancers have come under the intense scrutiny of each of the subspecialties of clinical care and investigation as well as attracting some of the best basic research scientists. Their joint efforts are gradually peeling away the mysteries surrounding the genesis and progression of these tumors and inroads are being steadily made into understanding why they resist therapies.This makes it an especially opportune time to assemble some of the best investigators in the field to review the "state of the art" in the various arenas that comprise the assault on CNS tumors. While the lethality of these tumors has remained dismal over the past decades, there is finally real reason for optimism as our knowledge base grows exponentially larger.

The major areas of this endeavor are displayed in CNS Cancer: Models, Markers, Prognostic Factors and Therapeutic Approaches. Each of the chapters in the book represents illustrative examples of the road from discovery through translation to clinical importance, although many begin the journey at different parts of this continuum. This includes several chapters on incredibly clever mouse models for deciphering the genetic wiring underlying the development of CNS tumors and how that wiring might be targeted for therapeutic benefit. A great deal of attention has been paid in the book to the development of genetic prognostic factors and biomarkers that could be used for assessing individual responses to therapies and so could lead to truly personalized medicine. Other possible prognostic factors/biomarkers that arise from an understanding of CNS tumor pathophysiology are discussed in some detail and include tumor vascularization and hypoxia. Several of the new and rapidly developing methodologies that allow these rapid advances are detailed for the reader as well and include RNA expression profiling, proteomic analyses of both tumors and biological fluids as well as profiling small non-coding RNAs and DNA modification. Finally, several chapters explore aspects of therapeutic targeting employing small molecules and combinations thereof, various sorts of cells, viruses and immune modulation. In sum, these treatises represent the cutting edge of research that is driven to be of benefit to patients with these dreaded diseases.

Erwin G. Van Meir is Professor of Neurosurgery and Hematology & Medical Oncology in the School of Medicine at Emory University. A native of Belgium, he obtained Bachelor’s degrees in Biology and Education at the University of Fribourg, Switzerland. Dr Van Meir is an active member of the International Neuro-Oncology community and served on the Board of Directors of the Society for Neuro-Oncology from 2004-2008. Dr. Van Meir currently serves on the Editorial Board of Neuro-Oncology, Frontiers in Bioscience, and International Journal of Oncology and is a former Associate Editor of the International Journal of Cancer. He has served as a reviewer for over 30 international scientific journals and for grant proposals from public and private agencies.

Erwin G Van Meir is Professor of Neurosurgery and Hematology & Medical Oncology in the School of Medicine at Emory University. A native of Belgium, he obtained Bachelor’s degrees in Biology and Education at the University of Fribourg, Switzerland. He pursued graduate studies in Molecular Virology at the University of Lausanne, Switzerland where he obtained his PhD in 1989. He then became interested in cancer and pursued postdoctoral work at the University Hospital in Lausanne and at the Ludwig Institute for Cancer Research in San Diego. In 1994 he became a Junior Faculty and Director of the Laboratory of Brain Tumor Biology and Genetics in the Neurosurgery Department at the University of Lausanne. In 1998 he joined Emory University in Atlanta, where he now serves as the Leader of the Winship Cancer Institute Molecular Pathways and Biomarkers scientific program and as the co-Director of the brain tumor working group.

For the past 20 years Dr. Van Meir’s research has focused on defining the biological significance of specific genetic alterations for brain tumor development, with particular emphasis on extracellular signaling regulating heterotypic cell communication as in tumor angiogenesis, and translating this knowledge into new therapeutic approaches. His research is described in more than 140 peer-reviewed research papers and review articles in internationally recognized journals that have cumulated over 5,000 citations and received several awards. These contributions were presented in over 100 invited seminars worldwide and have furthered the understanding of cytokine expression for glioma biology, Turcot syndrome, the role of transcription factors p53 and HIF and of pro- and anti-angiogenesis factors IL-8, thrombospondin-1 and brain angiogenesis inhibitor-1 in brain tumor angiogenesis, hypoxia, and pseudopalisade formation. He also discovered novel biomarkers in the cerebrospinal fluid of brain tumor patients and developed novel therapeutic agents including oncolytic hypoxia-activated adenoviruses, pro-apoptotic galectin-3, anti-angiogenic vasculostatins and small molecule HIF/Hsp90/plectin1 inhibitors that are covered by several US and foreign patents. Perhaps most importantly, over his still young 20 year independent career Dr Van Meir has already mentored and trained over 60 postdoctoral fellows, students and visiting scientists, many of which now hold independent leading positions in Academia or Industry.

Dr. Van Meir currently serves on the Editorial Board of Neuro-Oncology, Frontiers in Bioscience, and International Journal of Oncology and is a former Associate Editor of the International Journal of Cancer. He has served as a reviewer for over 30 international scientific journals and for grant proposals from public and private agencies including the US National Institutes of Health, the US Department of Defense, the Swiss National Science Foundation, the Swiss Cancer Society, the Wellcome Trust of the UK, Cancer Research UK, the Research Grants Council of Hong Kong, the Israel Science Foundation, The Belgian Fournier-Majoie and Baudouin Foundations and the Italian Association for Cancer Research.