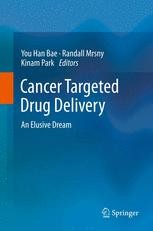 This book was conceived from a simple question as to why cancer is so difficult to treat.  Ultimately we want to find ways to cure cancers, but that may be an elusive dream at least with the technologies we have now and expect to have in the near future.  This leads the question of whether it is possible to improve current cancer treatment methods, especially from the perspective of enhancing targeted drug delivery to tumors.  This volume is designed to provide information related to the difficulties in treating cancers through targeted drug delivery, our current understanding of cancer biology, and potential technologies that might be used to achieve enhanced drug delivery to tumors. An ideal drug delivery system for treating cancers would maximize the therapeutic efficacy with minimal side effects in clinical applications.  The seemingly improved anticancer efficacy of the current nanoparticle-based formulations needs to be viewed from the context of very poor success rates for translation to human applications.  The results of in vitro cell culture models and small animal in vivo experiments have not been extrapolated to clinical applications.  Finding the reasons for the lack of successful translation is required if we are to discover approaches to substantially extend the survival time of cancer patients, and hopefully identify cures. Cancer Targeted Drug Delivery: Elusive Dream describes some answers of achieving the so far elusive dream of treating cancers like other chronic diseases with therapies that focus using improved drug delivery systems designed to better align with the unique biological and physiological properties of cancer.

He researched stimuli sensitive polymers and drug delivery, protein drug stabilization and controlled release, and functionalized polymers for glucose sensor and biohybrid artificial pancreas. His current research interests include nanoparticulates for multidrug resistance in cancer and tumor heterogeneity, novel carrier design for the delivery of genetic materials and preclinical cancer models. He is the author or co-author of over 240 peer-reviewed scientific papers, book chapters and U.S. Patents which have been cited more than 14,000 times.

He is an editorial board member of Pharmaceutical Research and Bioconjugate, and is also currently serving the Journal of Controlled Release (JCR) as an America Associate Editor as well as the Editor of the Concept Paper in JCR.

Professor Randall Mrsny received his Ph.D. degree in Human Anatomy and Cell Biology from the University of California at Davis in 1981 where he was an NIH predoctoral fellow.  He was awarded an NIH postdoctoral fellowship that he undertook at the Institute of Molecular Biology at the University of Oregon where he focused on research in Membrane Biophysics. Professor Mrsny then joined ALZA Corporation where he led the Peptide Biology Group and then moved to Genentech where he led the Drug Delivery / Biology group.  In 2000 he left Genentech to start two separated biotech companies and take a part-time Professor of Drug Delivery post at Cardiff University. In 2009 he moved to the Department of Pharmacy and Pharmacology at the University of Bath where he now holds a full-time Professor of Epithelial Biology post.

Professor Mrsny's research has focused primarily on understanding biological barriers of the body that limit or modulate the delivery of biopharmaceuticals using a multi-disciplinary approach. His current research includes the identification of vesicular trafficking pathways in epithelial hijacked cells that are by bacterial toxins, mechanism epithelial cells to regulate the transmigration of neutrophils, and protein-protein contacts involving tight junction elements that control paracellular permeability properties of epithelia. He has published more than 90 peer-reviewed papers, 25 book chapters and reviews, and presented more than 100 abstracts at national and international meetings.  He co-authored and co-edited 5 books in the area of controlled drug delivery. He is the founder of Unity Pharmaceuticals and Applied Molecular Transport.

His research has been focused on the use of various polymers and hydrogels for controlled drug delivery. His current research includes hydrogel template methods for fabrication of homogeneous microparticles for long-term drug delivery, hydrotropic polymeric micelles for increasing the water solubility of poorly soluble drugs, hydrogels for biomedical applications, and drug-eluting stents and balloons.   He has published more than 230 peer-reviewed papers, 90 book chapters, 90 JCR cover stories, and presented 200 abstracts at national and international meetings.  He co-authored and co-edited 11 books in the area of controlled drug delivery, and has trained more than 100 Ph.D. graduate students, postdoctoral fellows and visiting scientists. He is the founder of Akina, Inc. specializing in drug delivery technologies in 2001.  He is currently the Editor-in-Chief of the Journal of Controlled Release.
Show all