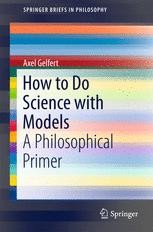 How to Do Science with Models

Taking scientific practice as its starting point, this book charts the complex territory of models used in science. It examines what scientific models are and what their function is. Reliance on models is pervasive in science, and scientists often need to construct models in order to explain or predict anything of interest at all. The diversity of kinds of models one finds in science – ranging from toy models and scale models to theoretical and mathematical models – has attracted attention not only from scientists, but also from philosophers, sociologists, and historians of science. This has given rise to a wide variety of case studies that look at the different uses to which models have been put in specific scientific contexts. By exploring current debates on the use and building of models via cutting-edge examples drawn from physics and biology, the book provides broad insight into the methodology of modelling in the natural sciences. It pairs specific arguments with introductory material relating to the ontology and the function of models, and provides some historical context to the debates as well as a sketch of general positions in the philosophy of scientific models in the process.

Axel Gelfert is Associate Professor in the Department of Philosophy at the National University of Singapore. He holds a PhD in History and Philosophy of Science from the University of Cambridge. His research revolves around issues in the philosophy of science and technology, social epistemology, and the history of philosophy. He is the author of A Critical Introduction to Testimony (London 2014).

“The book finds its strength in Gelfert’s functional approach, which enables the author to bring cohesion to the vast sea of resources in the philosophy of modelling, and makes the text’s relevance for historians and scientists clear. Gelfert’s focus on the various uses of models and on case studies from the history of science create a work from which the philosopher, the historian and the scientist can learn.” (Lydia Braunack-Mayer, Annals of Science, Vol. 74 (3), April, 2017)

“It is much more than a philosophical primer, presenting an original contribution to our understanding of scientific modelling. … It is an innovative examination of several topics that merit further work from philosophers of science interested in scientific representation and modelling. For such work, Gelfert has provided fruitful conceptual tools and theoretical analyses.” (Tarja Knuuttila, BJPS Review of Books, bjpsbooks.wordpress.com, 2017)

“Axel Gelfert’s recent book How to do Science with Models: A Philosophical Primer constitutes a short but important contribution to a growing literature devoted to exploring a number of philosophical issues raised by the ubiquity of models in the sciences, the great variety of existing models and modeling practices, as well as their indispensability to the scientific enterprise. … the book is an outstanding and original piece of scholarship.” (Sergio A. Gallegos, Metascience, Vol. 26, 2017)

“Gelfert has produced a concise, clear, and readable book that is both a review of the state of the art and a personal reflection on the significance of modelling in science. … The functional approach to modelling adopted by Gelfert seems to be the most fruitful one in the present state of the philosophical research on the topic.” (Alejandro Cassini, International Studies in the Philosophy of Science, Vol. 31 (1), 2017)

“If you are interested in the philosophical foundation of modeling, this book is really a good start. … this primer should be on the reading list of every post-graduate and scholar of M&S to appreciate the philosophical foundations that are part of the Discipline of M&S.” (Andreas Tolk, SCS Newsletter, The Society for Modeling & Simulation International, April, 2016)
“This is a truly excellent book. Not only does it provide insightful analysis of contemporary philosophical accounts of modelling, but it draws our attention to important yet unexplored questions related to the exploratory function of models and their connection to issues in the philosophy of technology. By focusing our attention on a broad range of examples it provides the best systematic treatment of scientific modelling to appear in many years. Highly recommended!“ (Margaret Morrison, University of Toronto)
Show all