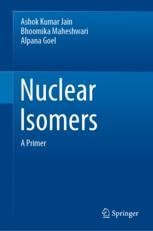 Nuclear isomers are the long-lived excited states of nuclei. Therefore, they constitute the meta-stable landscape of nuclei. The first isomer was probably identified as early as 1921. Since then, the number of isomers has been growing steadily picking up pace in recent times.

Interest in nuclear isomers has grown in recent years for many reasons. The experimental capabilities to observe isomers have been expanding to cover a wider time scale. This has opened up new windows to observe and decipher the underlying nuclear structure and interactions. Further, the isomers are beginning to be seen as potential energy storage devices and nuclear clocks with a host of applications. Possible discovery of a gamma ray laser has also ignited many researches in this area.

Isomers now cover the full nuclear landscape with structural peculiarities specific to each region of the nuclear chart. Exploring the nuclear isomers, therefore, provides a novel insight into the nuclear structure properties of that region. There could be many different reasons for the long lives of excited nuclear states, which lead to the classification of isomers.

Isomers are broadly classified in to four classes: Spin isomers, shape isomers, fission isomers and K-isomers. Seniority isomers have also been identified which are often clubbed with the spin isomers. We discuss this classification and the underlying causes in detail. Many examples are considered to highlight the large variety of isomers. The range of half-lives covered by the isomers varies from billions of years to nano-seconds and even small. To understand this vast variation is a fascinating endeavor in itself. The angular momentum couplings, nuclear shapes, pairing etc. conspire together to give this vast range of half-lives. We go through these aspects in detail, highlighting the various selection rules at work.

It is interesting that the nuclear shapes play an important role in many types of isomers. The spin isomers, which occur in spherical or, near-spherical nuclei, are generally confined to the magic numbers. Seniority isomers are largely found in semi-magic nuclei and should be explored in conjunction with the spin isomers. New developments in seniority and generalized seniority isomers are discussed in detail. As the nuclei deform; the nature of isomers changes. We take a close look into the decay properties of isomers in deformed nuclei, particularly the K isomers, the shape isomers and the fission isomers. While doing so, the theoretical and experimental developments of isomers are also addressed. A number of open questions are posed for possible new experiments and better understanding of the isomers.