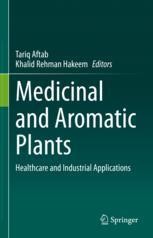 Before the concept of history began, humans undoubtedly acquired life benefits by discovering medicinal and aromatic plants (MAPs) that were food and medicine. Today, a variety of available herbs and spices are used and enjoyed throughout the world and continue to promote good health. The international market is also quite welcoming for MAPs and essential oils. The increasing environment and nature conscious buyers encourage producers to produce high quality essential oils. These consumer choices lead to growing preference for organic and herbal based products in the world market.  As the benefits of medicinal and aromatic plants are recognized, these plants will have a special role for humans in the future.  Until last century, the production of botanicals relies to a large degree on wild-collection. However, the increasing commercial collection, largely unmonitored trade, and habitat loss lead to an incomparably growing pressure on plant populations in the wild. Therefore, medicinal and aromatic plants are of high priority for conservation.

Given the above, we bring forth a comprehensive volume, “Medicinal and Aromatic Plants: Healthcare and Industrial Applications”, highlighting the various healthcare, industrial and pharmaceutical applications that are being used on these immensely important MAPs and its future prospects. This collection of chapters from the different areas dealing with MAPs caters to the need of all those who are working or have interest in the above topic.
Show all
About the authors

Dr. Tariq Aftab received his Ph.D. from the Department of Botany at Aligarh Muslim University, India. He is the recipient of a prestigious Leibniz-DAAD fellowship from Germany, Raman Fellowship from the Government of India, and Young Scientist Awards from the State Government of Uttar Pradesh (India) and Government of India. He has worked as Visiting Scientist at IPK, Gaterleben, Germany, and in the Department of Plant Biology, Michigan State University, USA. He is also a member of various scientific associations from India and abroad. He has published research articles in multiple peer-reviewed national and international journals and is the lead editor of the book Artemisia annua: Pharmacology and Biotechnology. His research interests include physiological, proteomic, and molecular studies on medicinal and aromatic plants.


Khalid Rehman Hakeem (Ph.D.) is Professor at King Abdulaziz University, Jeddah, Saudi Arabia. After completing his doctorate (Botany; specialization in Plant Eco-physiology and Molecular Biology) from Jamia Hamdard, New Delhi, India, in 2011, he worked as a lecturer at the University of Kashmir, Srinagar, for a short period. Later, he joined Universiti Putra Malaysia, Selangor, Malaysia, and worked there as Postdoctorate Fellow in 2012 and Fellow Researcher (Associate Professor) from 2013 to 2016. Dr. Hakeem has more than 10 years of teaching and research experience in plant eco-physiology, biotechnology and molecular biology, medicinal plant research, plant-microbe-soil interactions as well as in environmental studies. He is the recipient of several fellowships at both national and international levels; also, he has served as the visiting scientist at Jinan University, Guangzhou, China. Currently, he is involved with a number of international research projects with different government organizations. So far, Dr. Hakeem has authored and edited more than 35 books with international publishers, including Springer Nature, Academic Press (Elsevier), and CRC Press. He also has to his credit more than 80 research publications in peer-reviewed international journals and 55 book chapters in edited volumes with international publishers. At present, Dr. Hakeem serves as an editorial board member and reviewer of several high-impact international scientific journals from Elsevier, Springer Nature, Taylor and Francis, Cambridge, and John Wiley Publishers. He is included in the advisory board of Cambridge Scholars Publishing, UK. He is also a fellow of Plantae group of the American Society of Plant Biologists, member of the World Academy of Sciences, member of the International Society for Development and Sustainability, Japan, and member of Asian Federation of Biotechnology, Korea. Dr. Hakeem has been listed in Marquis Who’s Who in the World, since 2014–2019. Currently, Dr. Hakeem is engaged in studying the plant processes at eco-physiological as well as molecular levels.