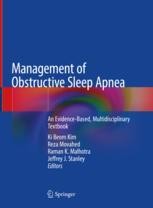 This book provides comprehensive information on the etiology, pathophysiology, medical implications, diagnosis, and surgical and nonsurgical treatment of obstructive sleep apnea (OSA). Divided into five parts, the book begins with principles and fundamentals of OSA and its diagnostic considerations. Subsequent parts then address non-surgical management, surgical management, and maxillomandibular advancements for OSA. Chapters seek to approach this common disorder from the viewpoint of multiple specialties, thereby promoting the development of a broad strategy for the evaluation and management of OSA patients that draws on each of them. An invaluable reference, Management of Obstructive Sleep Apnea: An Evidence-Based, Multidisciplinary Textbook meets the needs of advanced dental and medical students, orthodontic, maxillofacial, ENT, neurology, and plastic surgery residents, and sleep medicine and pulmonary physicians.​​

Ki Beom Kim gained his DDS and MSD from Dankook University, South Korea and subsequently was awarded a PhD for work on orofacial pain at the same university. In 2005 he joined the Orthodontic Residency Program at Vanderbilt University, Nashville, Tenn., and subsequently became Assistant Professor in the Department of Orthodontics at Saint Louis University. In 2011 he was appointed Associate Professor, Clinic Director, and Interim Program Director in the Department of Orthodontics at Nova Southeastern University, and he is currently served as Dr. Lyle Johnston Endowed Chair in Orthodontics and Program Director at the Center for Advanced Dental Education, Saint Louis University. Dr. Kim is a Diplomate of the American Board of Orthodontics and the American Board of Orofacial Pain and a member of various professional bodies in the United States and South Korea. He publishes regularly in peer-reviewed journals and has given many scientific presentations at international meetings.

Reza Movahed, DMD FACS, graduated from the University of Medicine and Dentistry of New Jersey, Newark, New Jersey in 2007. He subsequently undertook an Oral and Maxillofacial Surgery Residency at Nova Southeastern University, Fort Lauderdale, Florida and The Broward General Medical Center & Memorial Regional Hospital and a Fellowship concentrating on Orthognathic & Temporomandibular Joint Surgery at the Baylor University Medical Center, Dallas, Texas. He was appointed Clinical Assistant Professor at Saint Louis University, Department of Orthodontics in 2013, where he is involved in orthodontic surgical case management and research. Dr. Movahed has been in private practice since 2016, Movahed OMS in St. Louis, Missouri. He is a Diplomate of the American Board of Oral and Maxillofacial Surgery and a Fellow of the American College of Surgeons.