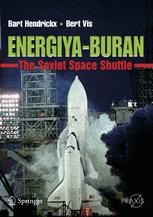 In Energiya-Buran: the Soviet Space Shuttle, the authors describe the long development path of the Soviet space shuttle system, consisting of the Energiya rocket and the Buran orbiter. The program eventually saw just one unmanned flight in November 1988 before the end of the Cold War and the collapse of the Soviet Union sealed its fate.

After a Foreword provided by lead Buran test pilot Igor Volk, the authors look at the experience gradually accumulated in high-speed aeronautics with the development of various Soviet rocket planes and intercontinental cruise missiles between the 1930s to 1950s and the study of several small spaceplanes in the 1960s. Next the authors explain how the perceived military threat of the US Space Shuttle led to the decision in February 1976 to build a Soviet equivalent, and explore the evolution of the design until it was frozen in 1979. Following this is a detailed technical description of both Energiya and Buran and a look at nominal flight scenarios and emergency situations, highlighting similarities and differences with the US Space Shuttle.

The authors then expand on the managerial aspects of the Energiya-Buran program, sum up the main design bureaus and production facilities involved in the project and describe the infrastructure needed to transport the hardware and prepare it for launch at the Baikonur cosmodrome. They go on to detail the selection and training of teams of civilian and military test pilots for Buran, crew assignments for the first manned missions and preparatory flights aboard Soyuz spacecraft.

Next the focus turns to the extensive test program that preceded the first flight of Buran, notably the often trouble-plagued test firings of rocket engines, the first flight of Energiya with the enigmatic Polyus payload, test flights of subscale models and atmospheric approach and landing tests. After an analysis of Western speculation on the Soviet space shuttle effort in the pre-glasnost era, a detailed account is given of final preparations for the maiden flight of Buran and the mission itself.

In the final chapters the authors look at the gradual demise of the project in the early 1990s, the fate of the Soviet orbiters and their cosmodrome infrastructure, cancelled missions, and the many planned derivatives of the Energiya rocket. Attention is also paid to technological spin-offs such as the Zenit and Sea Launch projects and the RD-180 and RD-191 rocket engines. Finally, an overview is given of alternative spaceplane proposals during and after the Buran era, including the MAKS air-launched spaceplane, the Kliper spacecraft and various single-stage-to-orbit systems.

The book closes off with key specifications of the Energiya-Buran system, short biographies of the Buran pilots, an extensive list of Russian acronyms, a short bibliographical essay and a detailed index. Based largely on Russian sources, it is richly illustrated with some 250 pictures and diagrams.

Although Energiya-Buran was primarily a program of unfulfilled promises and shattered dreams, it represented a major technological breakthrough for the Soviet Union and its story deserves to be told.

"Historians Hendrickx and Vis offer a history of the Soviet space shuttle and its attached rocket, one of the most powerful ever built. … This comprehensive history of the program, its technology, its designers, and its cosmonauts is an important contribution to the history of space technology, and is for those interested in space policy, engineering, systems, and history. Summing Up: Recommended. All levels." (A. M. Strauss, CHOICE, Vol. 45 (7), 2008)

"Hendrickx and Vis begin with an overview of Soviet spaceplane research and development stretching back to rocketplane designs of the 1930s before moving on to describing the origins of Energiya and Buran themselves. … Special note must also be made of the many excellent photos in this book, most of which have not been published in the West before. … a vital addition to the literature on the USSR/Russian space programme, and Hendrickx and Vis are to be congratulated on a job very well done!" (Liftoff, Issue 248, November-December, 2008)