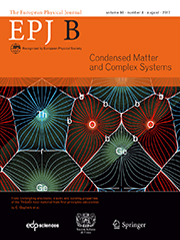 The Brexit is the perfect example of a time-delayed event. It will happen, if at all, only several years after the referendum vote. Dynamical systems with time delays, like societies making political decisions, have attracted considerable attention from physicists specialised in complex systems. In this new study published in EPJ B, Claudius Gros from Goethe University Frankfurt, Germany has shown that over time, the stability of our democracies can only be preserved by finding ways to reduce the time span governments and other political actors typically need to respond to the wishes of citizens, particularly when confronted with external shocks. That’s because citizens’ opinions are now forming much more quickly than ever before, relative to the time lags that policy decision making involves. This means that drastic changes in modes of governance may be required in order to keep democratic societies stable.

The author uses the theory of dynamical systems with time delays to understand how societal instabilities have developed in modern democracies. The key premise is that political decision-making takes place over time periods that are typically on the order of years. By contrast, when Gros models modern democracies he accounts for the continuously accelerating pace in the formation of citizens’ political opinions and their high sensitivity to deviations from mainstream political opinions, as manifested in political correctedness.

Gros finds that the acceleration of communication due to the internet and smartphones has also accelerated how quickly citizens form political opinions. Thus, the typical time scale for opinion formation - between 7 and 15 months - reaches a tipping point , beyond which instabilities lead to erratic political developments. The time the political system takes to responds to external shocks, such as financial crises, formally diverges at this tipping point.