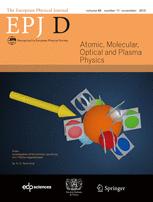 Sunburn in living organisms is caused by ultraviolet (UV) light from the sun damaging the DNA in the cells. Many organisms, however, have an in-built mechanism for repairing the sun damage. This is possible thanks to an enzyme called DNA photolyase, which is so specialised that cryptochrome, a structurally similar molecule, is unable to do the same job. By comparing both types of molecule, physicists can understand precisely how the ability of our enzymes to repair DNA boils down to the most minute structural details. In a study published in EPJ D, Katrine Aalbæk Jepsen from the University of Southern Denmark, in Odense, and her colleague Ilia Solov'yov pinpoint the mechanism by which repair enzymes bind to the damaged site.

In this study, the authors conducted simulations to examine the molecular- level dynamics of two similar molecules when binding to DNA. The first is an enzyme specialised in DNA repair, called (6-4) DNA photolyase, and the other is cryptochrome, which is very close to photolyase structurally but has a completely different biological function and is unable to recognise damage to DNA.

The authors found that the binding energy between (6-4) DNA photolyase and DNA is much lower than that between cryptochrome and DNA. This is due to electrostatic interactions between the positive charges on the protein surface of photolyase and the negatively charged backbone of the DNA. The team realised the importance of several charged amino acid residues in the enzyme, called K246 and R421, which are absent in cryptochrome. They found that R42 is specifically designed to keep the DNA strands at the damaged site inside the repair pocket of the enzyme separate.

The full-text articles are available to journalists on request.