Family ties that bind: Having the right surname sets you up for life 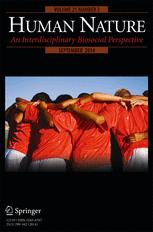 If your surname reveals that you descended from the “in” crowd in the England of 1066—the Norman Conquerors—then even now you are more likely than the average Brit to be upper class. To a surprising degree, the social status of your ancestors many generations in the past still exerts an influence on your life chances, say Gregory Clark of the University of California, Davis, in the US and Neil Cummins of the London School of Economics in the UK. They used the Oxbridge attendance of people with rare English surnames (last names) to track social mobility from 1170 to 2012. In an article in Springer’s journal Human Nature, they show that social mobility in England has always been slow and today is not much greater than it was in pre-industrial times.

Social status is generally seen as a ranking of families across such aspects of status as education, income, wealth, occupation, and health. Clark and Cummings used various databases to calculate the social trajectory of families with rare English surnames over the past 28 generations. For this purpose, they analyzed the surnames of students who attended Oxford and Cambridge universities between 1170 and 2012, rich property owners between 1236 and 1299, as well as the national probate registry since 1858. Rare surnames such as Atthill, Bunduck, Balfour, Bramston, Cheslyn, and Conyngham were included in the study.

Clark and Cummins found that social status is consistently passed down among families over multiple generations—in fact, it is even more strongly inherited than height. This correlation is unchanged over centuries, with social mobility in England in 2012 being little greater than in pre-industrial times.

“The relative constancy of the intergenerational correlation of underlying social status across very different social environments in England from 1800 to 2012 suggests that it stems from the nature of inheritance of characteristics within families,” says Clark. “Strong forces of familial culture, social connections, and genetics must connect the generations.”

“Even more remarkable is the lack of a sign of any decline in status persistence across major institutional changes, such as the Industrial Revolution of the eighteenth century, the spread of universal schooling in the late nineteenth century, or the rise of the social democratic state in the twentieth century,” adds Cummins. “Status persistence measured by education status is just as strong now as in the pre-industrial era.”

About the journal Human Nature