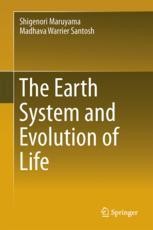 The Earth System and Evolution of Life

During the last 200 years since Geology has been established as an integrated science, nearly the same duration as modern Biology, our understanding of the Earth has taken great leaps forward through the works of several experts, and by contributions from a large number of scientific community. In the 21st Century, however, we face a massive challenge to understand and integrate the voluminous data and break-through made in several fields of Genome-Biology, Astronomy, Climate in the near future, fast depleting resources and the fate of human beings in this Planet. The well illustrated chapters in this book provide a succinent summary of the multi-disciplinary nature of science and attempts to bridge genome-level biology through astronomy and earth history. Earth system is synthesized as a unit combining various features of the multi-layered Earth for the undergraduate, graduate and experts belonging to various specialties, with an aim to extend the frontiers of the new-generation as well as the future of science.