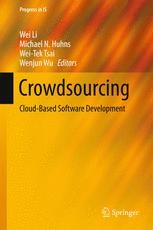 Professor Wei Li is a member of the Chinese Science Academy. He is the director of State Key Lab of Software Environment Development, and vice-chair of the Chinese Institue of Electronic. He has been president of Beihang University from 2002 to 2009. Currently he is serving as Editor-in-Chief for "Science China - Information Sciences", Editor for "Journal of Computer Science and Technology" and "International Journal of Advanced Software Technology".

Professor Michael N. Huhns is the Chair of the Department of Computer Science and Engineering at the University of South Carolina, USA. Besides being a Fellow of the IEEE, Dr. Huhns is a member of Sigma Xi, Tau Beta Pi, Eta Kappa Nu, ACM, Upsilon Pi Epsilon, and AAAI. He is the author of over 200 technical papers in machine intelligence and an editor of the books "Distributed Artificial Intelligence" Vol. I and II and "Readings in Agents". Dr. Huhns is an associate editor for the "Journal of Autonomous Agents and Multi-Agent Systems" and "IEEE Internet Computing.

Dr. Wei-Tek Tsai is professor at the School of Computing, Informatics & Decision Systems Engineering at Arizona State University. He is associate editor of "Service-Oriented Computing and Applications.

Wenjun Wu is a Professor in the School of Computer Science and Engineering at the Beihang University. He was previously a research scientist from 2006 to 2010, at the Computation Institute (CI) at the University of Chicago and Argonne National Laboratory. He was a technical staff and post-doctoral research associate from 2002 to 2006, at the Community Grids Lab at the Indiana University. He received his BS, Master and PhD degrees in Computer Science from Beihang University in 1994, 1997 and 2001, respectively. He published over seventy peer-review papers on journals and conferences. His research interests include: crowdsourcing, online education, cloud computing, eScience and cyberinfrastructure.

“This book describes a wide array of issues critical in developing and studying cloud-based software systems. It covers learning materials needed for various stakeholders including software engineers, software entrepreneurs, crowdworkers, social scientists interested in incentives in crowd work, information economists, and other researchers studying crowd wisdom … . highly recommend this book for those stakeholders; it is well organized and written in mostly layman’s language. The content can be easily understood for a wide variety of readers from interdisciplinary fields.” (Jina Huh, Computing Reviews, October, 2015)