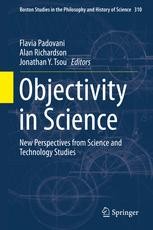 This highly multidisciplinary collection discusses an increasingly important topic among scholars in science and technology studies: objectivity in science. It features eleven essays on scientific objectivity from a variety of perspectives, including philosophy of science, history of science, and feminist philosophy. Topics addressed in the book include the nature and value of scientific objectivity, the history of objectivity, and objectivity in scientific journals and communities. Taken individually, the essays supply new methodological tools for theorizing what is valuable in the pursuit of objective knowledge and for investigating its history. The essays offer many starting points, while suggesting new avenues of research. Taken collectively, the essays exemplify the very virtues of objectivity that they theorize—in reading them together, the reader can sense various anxieties about the dangerously subjective in our age and locate commonalities of concern as well as differences of approach. As a result, the volume offers an expansive vision of a research community seeking a communal understanding of its own methods and its own epistemic anxieties, struggling to enunciate the key problems of knowledge of our time and offer insight into how to overcome them.

Alan Richardson is Professor and Distinguished University Scholar in the Department of Philosophy at the University of British Columbia.  A Past President of the International Society for the History of the Philosophy of Science (HOPOS), he works mainly on the history of philosophy of science in the twentieth century.  He is author of Carnap’s Construction of the World (Cambridge UP, 1997) and has co-edited several volumes, including Origins of Logical Empiricism (U Minnesota P, 2003), Logical Empiricism in North America (U Minnesota P, 2007), and The Cambridge Companion to Logical Empiricism (Cambridge UP, 2010).

Jonathan Y. Tsou is Associate Professor of Philosophy in the Department of Philosophy and Religious Studies at Iowa State University. In 2008, he completed his Ph.D. at the University of Chicago in the Committee on Conceptual and Historical Studies of Science (CHSS); in 2008-2009, he was a Social Sciences and Humanities Research Council of Canada (SSHRC) Postdoctoral Fellow in Science and Technology Studies in the Department of Philosophy at the University of British Columbia. He has a broad range of research interests in philosophy of science, including philosophy of psychiatry and history of twentieth century philosophy of science. His research has addressed topics such as natural kinds in psychiatry, the social feedback effects of human science classifications, a priori principles in science, and the nature of scientific change. His articles have appeared in journals such as Synthese, Philosophy of Science, Studies in History and Philosophy of Biological and Biomedical Sciences, Perspectives on Science, and International Studies in the Philosophy of Science.