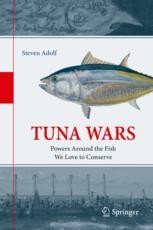 Powers Around the Fish We Love to Conserve

Historically, whenever tuna was hauled ashore, the sounds of battle were never far away. ‘Tuna Wars’ tells the untold story of the power struggles emerging around tuna, from the distant past to your present-day dinner table.

In the ancient past, the giant tuna was the first fish to become the basis of a large-scale industry and a ‘global’ trade that created fortunes: Hannibal was able to finance his elephant campaign on Rome thanks to tuna. From the Middle Ages on, a tuna fishing monopoly on Spain’s southern coast allowed the nobility to completely dominate the area and even lead the ‘invincible’ Armada. When the markets for tuna increased exponentially thanks to technical advances, tuna eventually became a billion-dollar business and one of the most-consumed fish species worldwide.

But this massive expansion came at a price. An 18th century monk in Madrid was the first to warn that tuna fisheries needed to be run sustainably for the sake of future generations. And the issue of sustainability would go on to become a game-changer in the modern tuna wars, characterized by new alliances and partnerships, hybrid warfare and commercial power struggles.

In addition to accompanying you through the history of tuna and sharing insights into fisheries science and approaches to sustainably managing fisheries, Tuna Wars offers practical guidance on choosing sustainably fished tuna. In short, it will tell you everything you ever wanted to know about tuna, but were afraid to ask.

Steven Adolf (1959) is a researcher, writer and journalist based in the Netherlands. He worked as an editor and correspondent in Spain, Portugal and Morocco for the Dutch daily papers Het Financieele Dagblad, De Volkskrant and NRC Handelsblad, the Dutch weekly magazine Elsevier, and the Belgian newspapers De Morgen and The Standard. He is the author of bestselling country portraits of Spain and Morocco and a book on Spanish immigration in the Netherlands. As a researching economist he is currently involved in a project on sustainable tuna fisheries at Wageningen University.