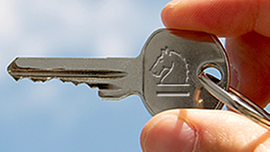 Find out about available funding from institutions and funders worldwide and learn about our membership program.