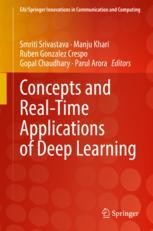 Prof. Smriti Srivastava received the B.E. degree in electrical engineering and the M.Tech. degree in heavy electrical equipment from Maulana Azad College of Technology [now Maulana Azad National Institute of Technology (MANIT)], Bhopal, India, in 1987 and 1991, respectively, and the Ph.D. degree in intelligent control from the Indian Institute of Technology, New Delhi, India, in 2005. From 1988 to 1991, she was a faculty member with MANIT, and since August 1991, she has been with the Department of Instrumentation and Control Engineering, Netaji Subhas Institute of Technology, University of Delhi, New Delhi, India, where she is presently working as Professor in the Instrumentation and Control Engineering Division at NSIT, New Delhi from September 2008 to till date and Dean Under Graduate Studies. She also worked as Associate Head of Instrumentation & Control Engineering Division at NSIT, New Delhi from April 2004 to Nov. 2007 and from September 2008 to December 2011. She is the author of a number of publications in Transactions, journals and conferences in the areas of neural networks, fuzzy logic, and control systems. She has given a number of invited talks and tutorials mostly in the area of fuzzy logic, process control, and neural networks. Her current research interests include neural networks, fuzzy logic, and hybrid methods in modeling, identification and control of nonlinear systems. She is the reviewer of Reviewer of IEEE Transactions on Systems, Man and Cybernetics (SMC), Part-B. IEEE Transactions on Fuzzy Systems, International Journal of Applied Soft Computing (Elsevier), International Journal of Energy, Technology and Policy (Inder Science). She is the member of World Scientific and Engineering Academy and Society (WSEAS) working committee on computers. She is also on the Editorial board of Scientific and Academic publishing

Dr. Rubén González Crespo has a Ph.D. in Computer Science Engineering. Currently, he is Vice-Chancellor of Academic Affairs and Faculty from UNIR and Global Director of Engineering Schools from PROEDUCA Group. He is an advisory board member for the Ministry of Education at Colombia and evaluator from the National Agency for Quality Evaluation and Accreditation of Spain (ANECA). He is a member of different committees at ISO Organization. Finally, he has published more than 200 papers in indexed journals and congresses.