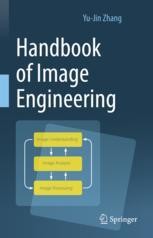 Image techniques have been developed and implemented for various purposes, and image engineering (IE) is a rapidly evolving, integrated discipline  comprising the study of all the different branches of image techniques, and  encompassing mathematics, physics, biology, physiology, psychology, electrical engineering, computer science and automation. Advances in the field are also closely related to the development of telecommunications, biomedical engineering, remote sensing, surveying and mapping, as well as document processing and industrial applications.

IE involves three related and partially overlapping groups of image techniques: image processing (IP) (in its narrow sense), image analysis (IA) and image understanding (IU), and the integration of these three groups makes the discipline of image engineering an important part of the modern information era.

This is the first handbook on image engineering, and provides a well-structured, comprehensive overview of this new discipline. It also offers detailed information on the various image techniques. It is a valuable reference resource for R&D professional and undergraduate students involved in image-related activities.

Yu-Jin ZHANG received his Ph.D. in Applied Science from the State University of Liège, Belgium, in 1989. From 1989 to 1993, he was a post-doctoral fellow and research fellow at the Delft University of Technology, in the Netherlands. In 1993, he joined Tsinghua University, Beijing, China, where he has been a Professor since 1997.

He was/is the Vice President of the China Society of Image and Graphics (2002 ~ 2011, 2016 ~), the associate editor of "Pattern Recognition Letters," the "International Journal of Image and Graphics," "Optical Engineering," "Journal of Electronics and Information," "Journal of CAD and Computer Graphics," "Signal Processing," and "Acta Automatica Sinica". He was the program chair of "The Twenty-Fourth International Conference on Image Processing (ICIP'2017), as well as a number of international conferences. He has been a senior member of IEEE (since 1999), and a fellow of SPIE (since 2011).
Show all